Monthly Archives: November 2018
So I See You Want To CI/CD 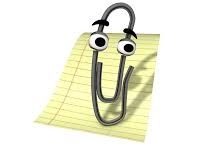 Avoiding Common Pitfalls When Getting Started With DevOps

If you’re in the planning or early development stages of implementing CI/CD for the first time, this post might help you.

Having been a part of this effort toward automating more and more of our engineering process for the bulk of my career, I’ve had the opportunity to see CI/CD initiatives go awry. Strangely, it’s not self-evident how to setup a CI/CD pipeline well. It’s almost as if translating theory into practice is where the work is.

There are several inter-related subject-areas that need to be aligned to make a CI/CD pipeline successful. They are:

Let’s talk about each of them in turn.

Your code is in source control right? I hate to ask, but I’m surprised by how often I have encountered code that is not in source control. A common answer I get is “yes, except for these 25 scripts we use to perform this or that task.” That’s a “no.” All of your code needs to be in source control. If you’re not sure where to put those scripts, create a /scripts folder in your repo and put them there. Get them in there, track changes, and make sure everyone is using the same version.

It’s customary for the repo structure to look something like

You should use a known, well-documented branching strategy. The goal of a branching strategy is to make sure everyone knows how code is supposed to flow through your source control system from initial development to the production release. There are three common choices:

Regardless of what programming language you are using, you need an automated build. When your build is automated, your build scripts become a living document that removes any doubt about what is required to build your software. You will need an automated build system such as Jenkins, Azure DevOps, or Octopus Deploy. You need a separate server that knows how to run your build scripts and produce a build artifact. It should also programmatically execute any quality gates you may have such as credentials scanning or automated testing. Ideally, any scripts required to build your application should be in your repo under the /build folder. Having your build scripts in source control has the additional advantage that you can use and test them locally.

Once you can successfully build your software consistently on an external server (external from your development workstation), you should add some quality gates to your delivery pipeline. The first, easiest, and least-expensive quality gate should be unit tests. If you have not embraced Test Driven Development, do so. If your Continuous Integration server supports it, have it verify that your software builds and passes your automated tests at the pre-commit stage. This will prevent commits from making it into your repo if they don’t meet minimum standards. If your CI server does not support this feature, make sure repairing any failed builds or failed automated testing is understood to be the #1 priority of the team should they go red.

Once the software builds successfully and passes the initial quality gates, your build should produce an artifact. Examples of build artifacts include nuget packages, maven packages, zip files, rpm files, or any other standard, recognized package format.

Build artifacts should have the following characteristics:

The output of your build process is a build artifact. This build artifact is the input to your deployment automation along with configuration data appropriate to the environment you are deploying to.

Taking the time to script your deployment has the same benefits as scripting your build–it creates a living document detailing exactly how your software must be deployed. Your scripts should assume a clean machine with minimal dependencies pre-installed and should be re-runnable without error.

Take advantage of the fact that you are versioning your build artifact. If you are deploying a website to IIS, create a new physical directory matching the package and version name. After extracting the files to this new directory, repoint the virtual directory to the new location. This makes reverting to the previous version easy should it be necessary as all of the files for the previous version are still on the machine. The same trick can be accomplished on Unix-y systems using sym-links.

Lastly, your deployment automation scripts are code. Like any other code, it should be stored in source control and tested.

The goal here is to use the same deployment automation regardless of which environment you are deploying to. That means there should be no special steps for special environments.

If variable substitution is not an option, consider maintaining a parameter-driven build script that writes out all your config files from scratch. In this case your config files will not be in source control at all but your scripts will know how to generate them.

The end-result of all of this is that you should be able to select any version of your build, point it to the environment of your choice, click “deploy,” and have a working piece of software.

The above is not a complete picture of everything you need to consider when moving towards DevOps. I did not cover concepts such as post-deployment testing, logging & monitoring, security, password & certificate rotation, controlling access to production, or any number of other related topics. I did however cover things you should consider when getting started in CI/CD. I’ve seen many teams attempt to embrace DevOps and create toil for themselves because they didn’t understand the material I’ve covered here. Following this advice should save you the effort of making these mistakes and give you breathing room to make new ones :).

Posted on November 16, 2018, 8:15 am By crmckenzie No comments yet Categories: DevOps Tags: DevOps