I was reading this stack overflow question: How can I solve this: Nhibernate Querying in an n-tier architecture?

The author is trying to abstract away NHibernate and is being counseled rather heavily not to do so. In the comments there are a couple of blog entries by Ayende on this topic:

The false myth of encapsulating data access in the DAL

Ayende is pretty down on abstracting away NHIbernate. The answers on StackOverflow push the questioner toward just standing up an in-memory Sqlite instance and executing the tests against that.

The Sqlite solution is pretty painful with complex databases. It requires that you set up an enormous amount of data that isn’t really germane to your test in order to satisfy FK and other constraints. The ceremony of creating this extra data clutters the test and obscures the intent. To test a query for employees who are managers, I’d have to create Departments and Job Titles and Salary Types etc., etc., etc.. Dis-like.

What problem am I trying to solve?

In the .NET space developers tend to want to use LINQ to access, filter, and project data. NHibernate (partially) supports LINQ via an extension method off of ISession. Because ISession.Query<T> is an extension method, it is not stubbable with free mocking tools such as RhinoMocks, Moq, or my favorite: NSubstitute. This is why people push you to use the Sqlite solution—because the piece of the underlying interface that you want to use most of the time is not built for stubbing.

I think that a fundamental problem with NHibernate is that it is trying to serve 2 masters. On the one hand it wants to be a faithful port of Hibernate. On the other, it wants to be a good citizen for .NET. Since .NET has LINQ and Java doesn’t, the support for LINQ is shoddy and doesn’t really fit in well the rest of the API design. LINQ support is an “add-on” to the Java api, and not a first-class citizen. I think this is why it was implemented as an extension method instead of as part of the ISession interface.

I firmly disagree with Ayende on Generic Repository. However, I do agree with some of the criticisms he offers against specific implementations. I think his arguments are a little bit of straw man, however. It is possible to do Generic Repository well.

I prefer to keep my IRepository interface simple:

Here are some of my guidelines when using a Generic Repository abstraction:

InterceptionContext is now passed to TypeInterceptor methods and ChangeInterceptor methods. This may result in breaking changes depending on if and how you have inherited those classes, but I’ve done my best to preserve existing behavior. I marked the obsolete methods as such.

The purpose of this change is enable the scenario where you want to write a log-record back to the database when a record is saved or deleted.

0.8.0 did not contain the updated assemblies.

My build server is configured so that it only creates and publishes packages from the last pinned build. I forgot to pin the build that has the changes. I’ve pinned the build and republished 0.8.1. I’ve created a workitem for myself to separate package creation from package publication so that I can inspect the package before it’s sent to Nuget.

If you are inheriting from TypeInterceptor or ChangeInterceptor the signature of OnBefore and OnAfter has changed.

The new signatures are 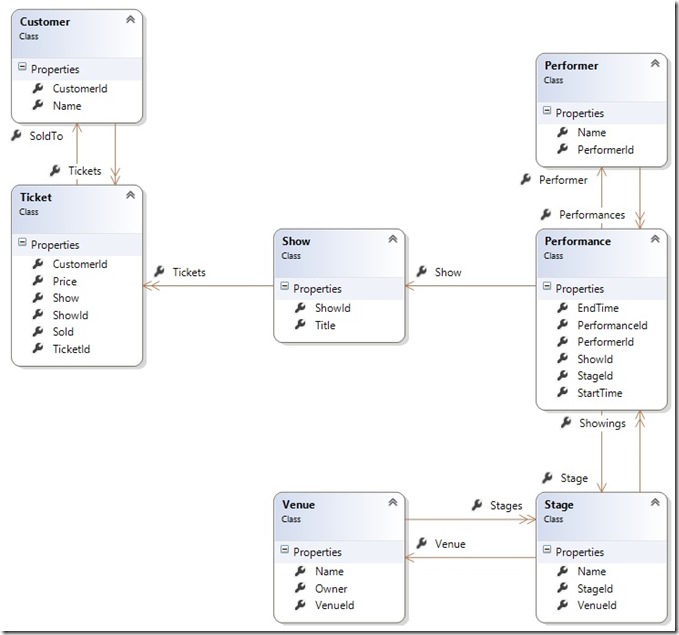 At Redacted Associates, we’ve been having a discussion about whether we should use the Generic Repository pattern on top of NHibernate. We have a simple IRepository interface as follows:

For my part, I like don’t like to spend a lot of time worrying about the way my ORM interacts with the database. I prefer to spend my design-energy around how to architect the application such that interacting with the database is a minor implementation detail, almost an afterthought even.

At least one of my co-workers disagrees, and has given a really good argument for a specific case when using direct features in NHibernate saved some work. This discussion has spurred me to ask myself “what are the most important features of an ORM?” and “at what level of abstraction should we work with an ORM?” There’s no way to answer these questions without identifying your purpose in using the ORM to begin with. With that in mind, I decided to categorize the features we all look for in an ORM and compare them to our Generic Repository implementation.

ORM features basically fall into one of 3 categories:

I composed the following table listing the features we are seeking from an ORM and how each tool fares against our needs.

My advice is to use Generic Repository except when you need to get close to the metal of your ORM for some fine-grained control over your data access.

I’ve been struggling for awhile to figure out how to get Entity Framework to set and unset application roles in Sql Server when opening and before closing a connection. The problem is that ConnectionState does not provide a Closing state that fires before a connection is closed.

It was suggested to me to turn of connection pooling. Errrr, no. We want connection pooling for our applications. I also don’t want to have to manually open and close the connection every time I create a DbContext. That’s just messy and irritating.

The next obvious thing to do would be to create a DbConnectionDecorator to wrap the existing database connection and expose the Closing event. This proved to be very difficult because Entity Framework does not expose when and how it opens connections.

What’s that you say? I can implement my own EntityFramework Provider? There’s a provider wrapper toolkit I can plug into to do this? Awesome!

Oh wait—that looks really, really, REALLY complicated? You mean I can’t just decorate a single object? I have to decorate a whole family of objects?

Alright, tell you what I’ll do. I’ll implement the provider wrapper using the toolkit as best I can—but then I’m going to strip away everything I don’t actually need. Besides, if I just make the various data related events observable, it’s nothing to Trace the output. And Cacheing can easily be added as a IDbContext Decorator anyway. I don’t really get why that should be done at the Provider level.

Configuring Your Application to use the Provider

To use the new provider, first install the package. At application startup, you’ll need to register the provider and tell it which other provider you are wrapping. The registration process will set the ObservableConnectionFactory as the default connection factory used by EF unless you pass the optional setAsDefault:false.

This code is brand-spanking new and it hasn’t had time to bake yet. I’m using it, but it’s entirely possible that there are unforeseen problems. Feel free to report issues to and/or contribute to the open-source project on BitBucket. Until then, know that it has been rigorously test and that it works on my machine.

I’ve added a LookUp property to the InterceptionContext to make it easier to see which rows were affected during the After() interception phase.

EntriesByState is populated prior to the call to Before(). Added and Modified entities will have their EntityState reverted to UnChanged after SaveChanges() is called. EntriesByState preserves the original state of the entities so that After() interceptors can make use of new Id’s and such.

I just wanted to give some link-love to the blogs that were helpful to me in implementing the Specification Pattern. Stay tuned for Isg.Specifications on NuGet!

Isg.EntityFramework is growing slowly but surely. I would love to hear your ideas about what features you would like to see.

I am a Software Engineering Manager at Microsoft in Seattle, WA. I am committed to quality software engineering principles, patterns, and practices, and supporting my team in the pursuit of excellence.